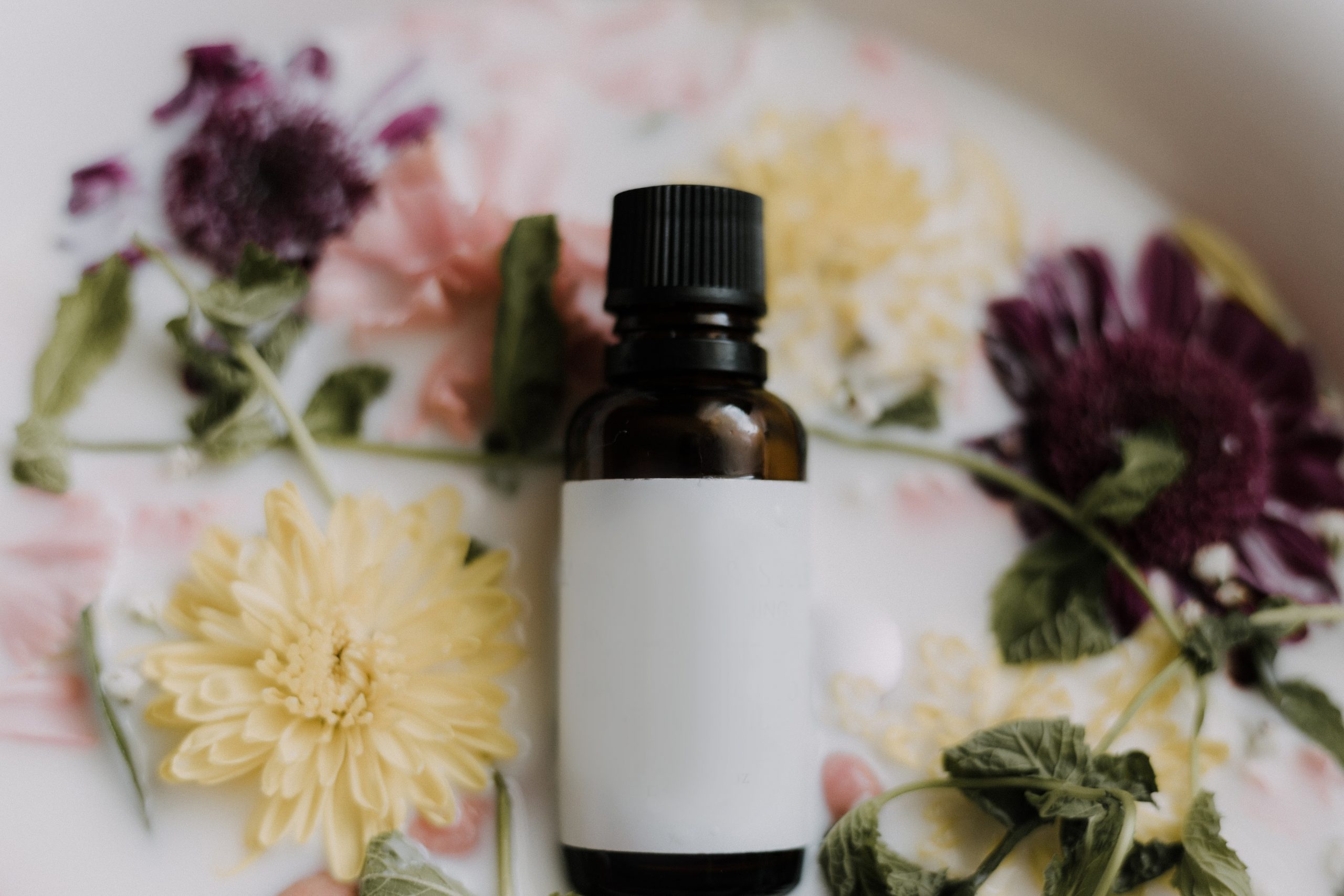 One of the most important parts of my medical practice is the use of homeopathic remedies. Looking back at my medical school experience at the University of Michigan, I remember hearing the word homeopathic once. I believe it was when one of my internal medicine professors talked about the small amount of replacement thyroid hormone needed for someone who had had their thyroid irradiated (and destroyed) as a treatment for Graves’ disease, a form of hyperthyroidism. He called this minute quantity a “homeopathic dosage.” Despite using this term, I’m virtually certain he had no idea what homeopathy really was. At the time I wondered what he meant by this statement but quickly moved on as I was trying to absorb the voluminous amounts of information coming my way. Little did I know that I would later spend a lifetime studying, contemplating, absorbing and practicing this absolutely fascinating therapeutic system of medicine.

When I met Swami Rama in early 1976, he invited me to study with him at the Himalayan Institute and to work in Dr. Ballentine’s medical clinic, the Center for Holistic Medicine. Our one-year commitment turned into a four and a half-year stay that included the birth of two of our four children, two years of supervised training in homeopathy and two years of helping train many other young physicians in the art and science of homeopathy. In the mid ’70s, there were only a few living homeopaths in the States and those people were bridges to the great physicians of homeopathy’s golden years. We were fortunate to study and learn from these elder statesmen, including Drs. Rood, Panos, Sutherland, White, Williams and Rodgers.

During this period, the doctors and staff would have weekly clinics to discuss difficult cases with Swami Rama, himself an experienced Indian trained homeopath, seeing many patients in a short time. We would have two-hour long huge Indian lunches together with our staff and other doctors and teach classes and meditate in the evening together. Sometimes there would be three or four physicians training with us, and besides being stimulating, it was very enjoyable to share so much of our lives. We were a community brought together with a common goal of healing, study and meditation. This was a time of tremendous growth and learning, sometimes challenging, and generally a lot of fun.

Homeopathy is a system for prescribing medicinal substances according to the “law of similars.” This law states that the appropriate medicine for a sick individual is a substance that would create a similar set of symptoms if administered to a healthy person. In other words, substances that could produce symptoms when given to a healthy person can, with proper preparation, be used to treat sick people with those same symptoms. The word homeopathy is derived from the Greek root homoios which means “similar or like treatment” and the word pathos which means “of disease.” Thus, the word together means “like treatment of disease.” The roots of the law of similars are ancient, having been described in the treatises of Hippocrates in Greece and by the Ayurvedic physicians in ancient India.

Practiced throughout the world for almost 200 years, homeopathy was rediscovered in the early 1800’s by the great German physician, Samuel Hahnemann (1755-1843). Today homeopathy is widely practiced in North America, India, Mexico, South America, Germany, France, Great Britain, Russia, and other European countries. Homeopathy was first introduced in the United States in 1825, and the American Institute of Homeopathy, the first national medical association, was founded in 1844. (The second major medical association was the American Medical Association, which was founded in 1847.) In the late 1800s and early 1900s, many homeopathic hospitals and twenty-two homeopathic medical schools existed in this country, including the University of Michigan in Ann Arbor and four medical schools in Chicago.

The law of proving is the systematic verification of the law of similars. During the proving of a substance, healthy people take a remedy over a certain period of time and report any symptoms or sensations that represent a change from their normal state of health. When the symptoms are found to be common to a specified proportion of experimenters, they are considered the “proving” of that remedy.

When Hahnemann first began treating people according to the law of similars, many of the medicines he used were potentially toxic substances such as mercury and arsenic. To prevent toxic reaction to these substances, they were sequentially diluted before being administered. Though toxicity was reduced by dilution, there was also a decrease in therapeutic effect.

He found that as the toxic properties were steadily reduced with each dilution, the therapeutic efficacy increased with the shaking – a seemingly paradoxical effect. It is this method of increasing therapeutic effect with each sequential dilution by shaking which is known as potentization. The resulting product of potentization is referred to as a micro dilution or potency.

Homeopathic philosophy views health as a dynamic ongoing process in which a person constantly meets challenges in a positive way. Health is not simply the absence of disease but represents the person’s constant adaptation to internal and external stresses. From this perspective, a person who has a chronic illness such as arthritis who continually strives to have a positive attitude and takes responsibility for doing appropriate joint loosening exercises, may be healthier than a person who is pain free but is stubborn, constantly angry, or hypercritical.

The concept of the vital force is fascinating and integral to understanding homeopathic medicine. This concept helps to explain the dynamics of how the potentized remedy interacts with the sick person to affect a cure. Vital force is not a biochemical entity. Rather, it is a bio-electrical energy that effects a human’s mental and physical functioning. It is that quality which animates living organisms and constantly seeks homeostasis and health in an inherently intelligent way.

Homeopathy maintains that the vital force permeates all levels of human existence – body, mind, and spirit – and is similar to the energy stimulated by acupuncture needles. People are viewed as a dynamic whole, with the vital force acting as the integrating factor. Healthy people have a particular quality or pattern to their vital force, but when they become sick this subtle energy is distorted. Even during illness this healing force reacts in the most self-preserving manner, and its plan is clearly articulated through the symptom complex.

Homeopathic philosophy has long understood the importance of susceptibility to disease. Individuals are continuously exposed to bacteria and viruses but do not always get sick. People actually have potentially deadly bacteria growing in their bodies. This includes meningococcus in the nasal pharynx, which can cause severe meningitis, and pneumococcus that grows in the bronchial tubes and can cause pneumonia. What keeps people from getting these diseases is their underlying susceptibility and the ability of their immune systems to maintain health.

This susceptibility or predisposition to illnesses can also help explain why certain people respond to loss of a loved one or job with anger or extreme depression and others feel sad yet continue to lead productive lives.

Homeopathic practitioners recognize that the underlying susceptibility to disease is based on such complex factors as hereditary predisposition, childhood experiences, emotional traumas, accidents, life habits, and psychological attitudes. All of these factors effect and interact with a person’s immune and nervous systems to lower or increase susceptibility to disease. Homeopaths believe this interaction is coordinated in an intelligent, coherent way by the person’s vital force. It is this underlying energy on which the homeopathic remedy acts. The remedy activates the vital force when the immune system and other psychophysiology factors need stimulation, such as in the case of colds, influenza, injuries, or depression. The homeopathic remedy also acts to reduce the activity of the immune or nervous system when they are overly stimulated, such as in the case of allergies, rheumatoid arthritis, or anxiety.